The third week of November is turkey talking time. This year my Turkey came with a capital T. As in The Republic of Turkey. Specifically Istanbul – where East truly meets West as the world’s only metropolis that spans two continents. I had such an amazing time that I wanted to share some of my Turkey with you… 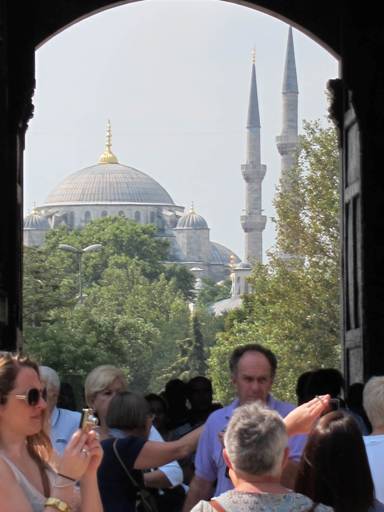 Istanbul’s architecture is compelling. The golden dome of the splendid Byzantine style Hagia Sophia (Church of the Holy Wisdom) dominates the skyline. As the nearby Blue Mosque which signals the Muslim Call to Prayer five times daily, stately minarets reflect the Ottoman influence. Elsewhere Baroque, Rococo and Neoclassic elements combine with dignity. 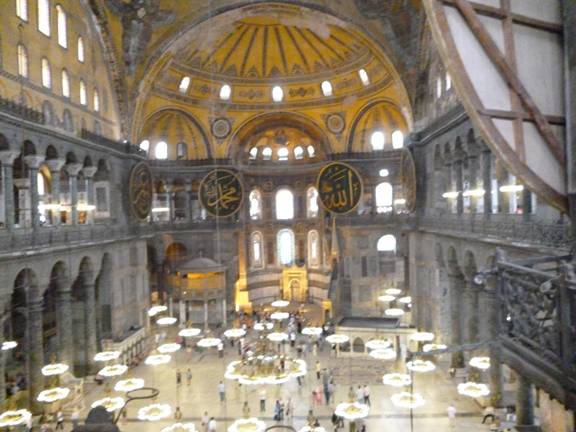 Today’s construction crews might learn a lesson from the 10,000 6th century workers who completed the Hagia Sophia in a record 5 years, 10 months and 4 days. Considered the world’s most beautiful basilica for 1,000 years, it was converted to a mosque when the Turks conquered the city in 1453. Later restored as a church, it is now a world class museum of Byzantine art. 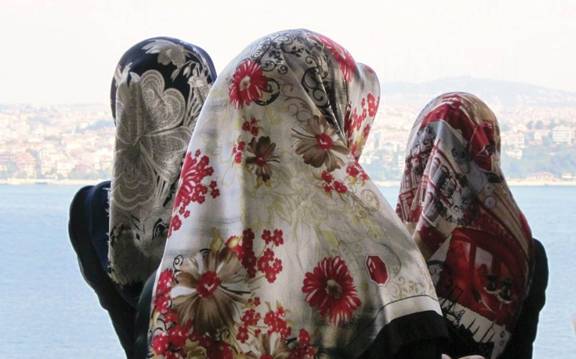 While Istanbul’s Muslims do not require women to wear head coverings, the three woman on the terrace of Topkopi Palace admire the breathtaking view of clear blue surface of the Bosphorus (which overlooks the city’s Asian sector) where some areas are thought to have existed 3,000 years B.C. 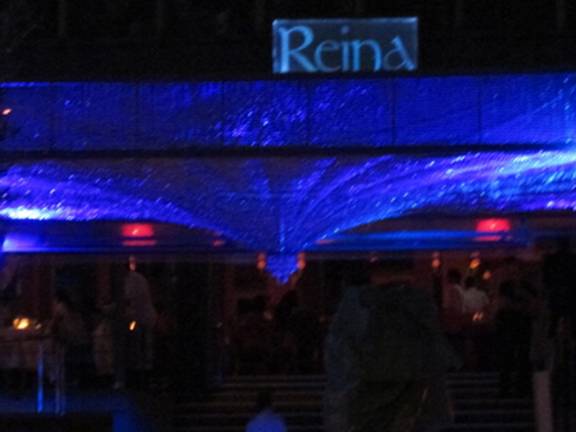 An evening at Reina, the seaside queen of Istanbul’s scintillating nightlife scene, is a must. At the very edge of the Bosphorus, the expansive, expensive and enormously popular club is the nightly home grounds of the local celebrity-party glitterati. The blue canopy over the dance floor is made from Bacarat crystal at a cost of over $2M US. 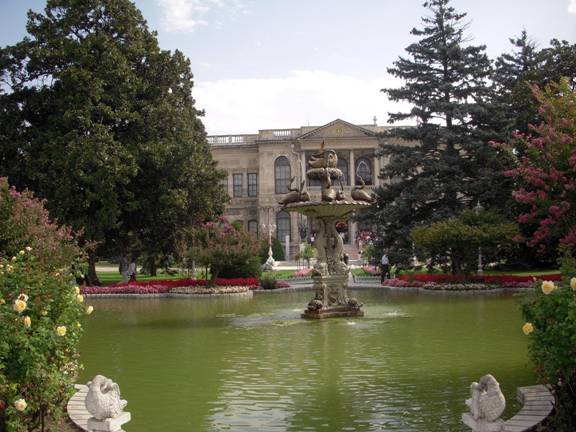 Sultan Abdulmecid’s Dolmabahçe Palace is an outstanding symbol of 19th century decadence.. Like any Sultan’s palace, it is huge and sumptuous with 285 rooms, 43 large salons and a ballroom with an inspired focal point – a 4 ½ ton Bohemian glass chandelier. This was the Winter Palace to the Sultan. The marble columns of the interior had hot water running through them to heat the massive interior. Our hotel was the Summer Palace to this estate located less than a mile away. Don’t you want to just move right in? 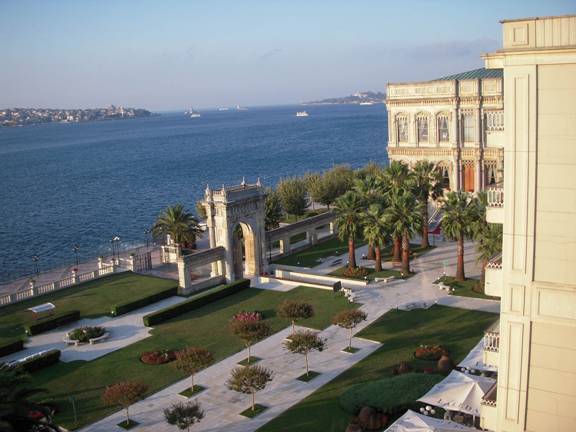 The incredible Ϛiragan Palace, the summer palace of Dolmabahce Palace is now the luxury wing of a Kempinski hotel. This was our home base. Harmoniously blending Ottoman-era sophistication with today’s technological amenities, the hotel’s palace quarters include banquet rooms 10 over-the-top suites plus the Sultan’s quarters with private butler privileges and other royal pampering. 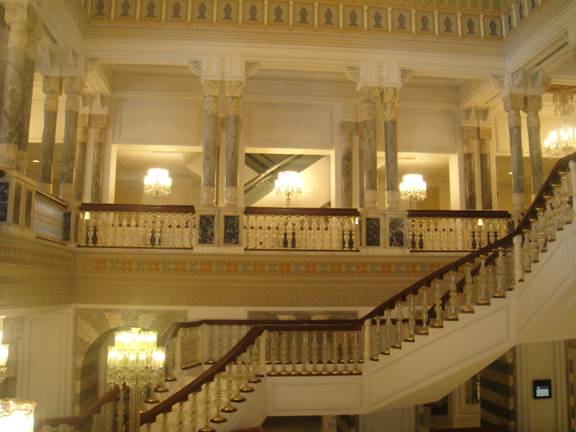 The marble-style of the Palace’s renovated lobby is considered Istanbul’s most impressive public space. Notice the stairway’s impressive balusters. Baccarat crystal, of course.

Turkey was on my menu a bit early this year. The people were lovely. We felt totally safe. The services that were offered/provided were over the top. If you haven’t been, I would tell you to add it to your bucket list.

In the meantime, enjoy your other turkey on Thursday.

“May your world be beautiful.”